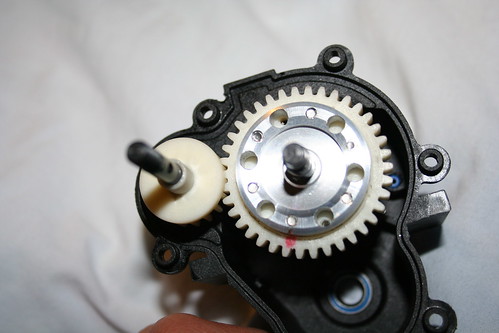 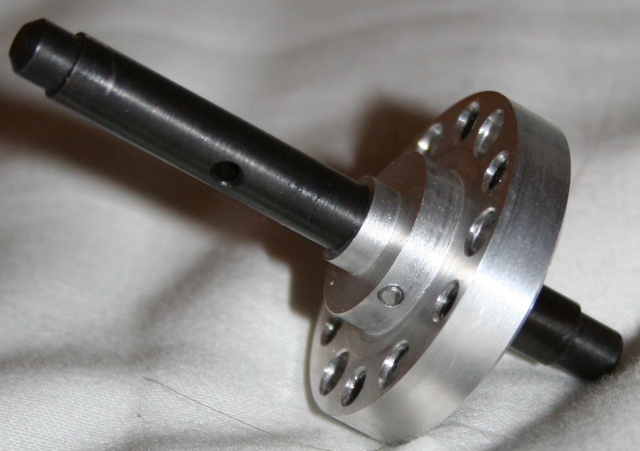 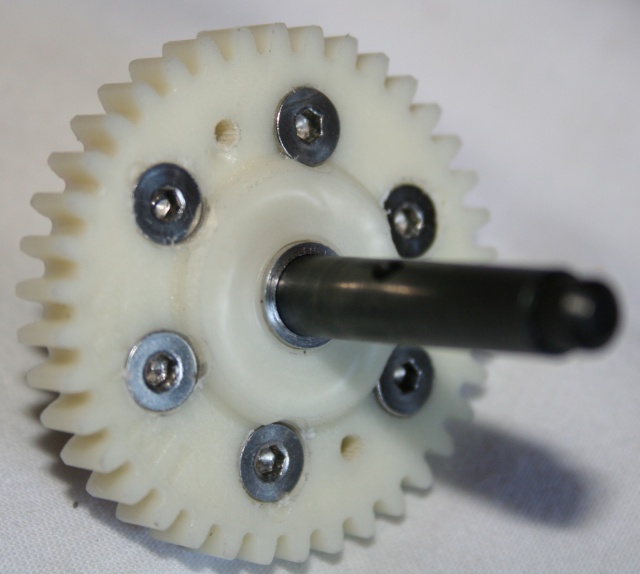 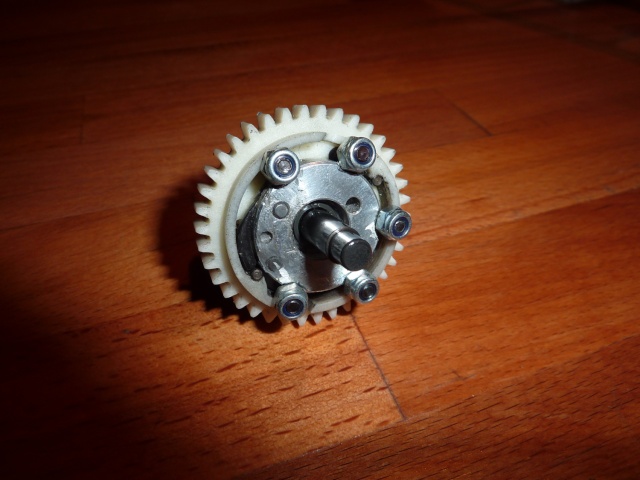 I am in the process of building an electric REVO. I scanned the internet for ideas and following is what I have decided upon. I by no means am any expert in this area. I have talked with a lot of people about motor and speed control choices. Also getting all kinds of input on batteries. Conversion kits are another area that I've looked at.

Started off with stripping out all the nitro stuff. Removed gas tank and receiver/battery box. Removed engine and exhaust pipe. Removed throttle servo and box.

Next I removed the filter bracket on the top of the throttle servo box. This is my new receiver box. My receiver and transponder fit nicely in the box with loads of room for wires and possibly a BEC. Later I'll install an antenna mount and this part is complete.

The next thing to do is decide what conversion parts to fabricate or buy. I found the Tekno conversion kit right off and was thinking of using it until I talked with a buddy that runs electric quite a bit and he suggested using the motor to brake would be the way to go. I agree and since the Tekno kit uses the stock nitro clutch I will need a different motor mount otherwise the mount would set too far back when I use mod 1 pinions. Another draw back might be clutch shoe maintenance. (heard some rumors that they fry easily). There was a kit by bluegroove I also looked at and it looks like a good kit but I didn't like the way things laid out. (just because I don't like it doesn't mean you wouldn't...remember I am not the expert) The ESC is in front of the motor and the receiver was exposed in-between the front shocks. I prefer my receiver in a box. The esc looked to close to the outside for me also. I chose to use the battery tray, straps and esc mount from the Tekno kit (can be purchased seperately) and a motor mount from RC-Monster (you ever need a motor mount for any 1/8 scale look them up). I reused a throttle servo box already for the receiver so I didn't purchase everything. Some of this can be easily fabricated but I caved in and purchased most of it.

I needed to lock the transmission into second gear with a mod I found on the internet. This mod uses 3 screws. The next 4 pictures are from the internet to help show what is involved in locking the tranny. Good news! The last oneway bearing in the tranny is now removed. Take the allen screw, spring and ball out of the cam. May have to push out the plastic plug to get the spring to go by. Line up the cam engaged on the pin and mark 3 equal distant places where the gear holes line up. Grind the three places in the cam to allow screws to pass through to the gear. I used a dremel with a small drum sander bit. The aluminum is pretty easy to grind. Got pretty hot by the second one though. Let cool between each groove and try to make them consistent. I don't think it would wobble but why risk it. Use 4mm x 10mm screws to secure the cam to the gear. They will self tap and on the backside grind off the plastic that gets pushed out in the tapping 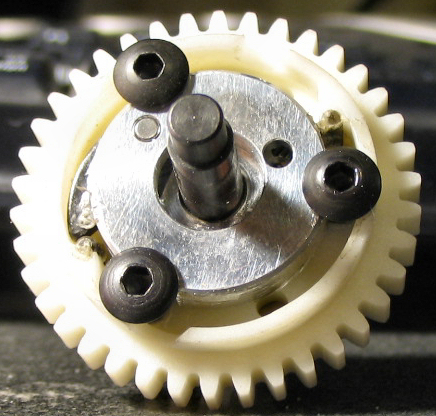 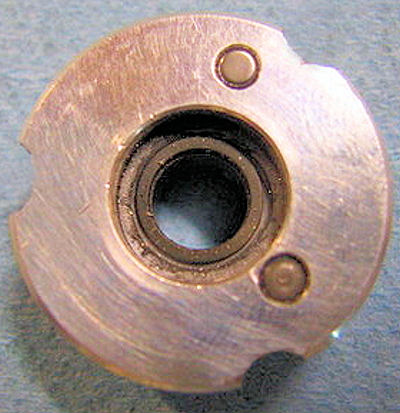 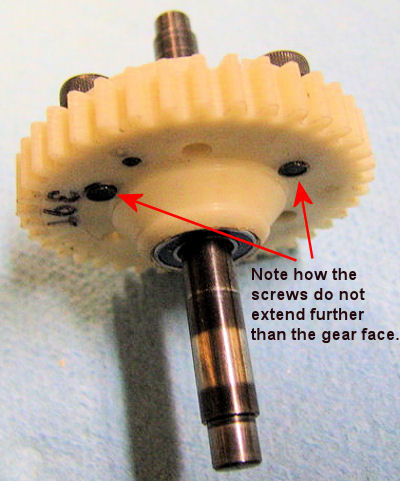 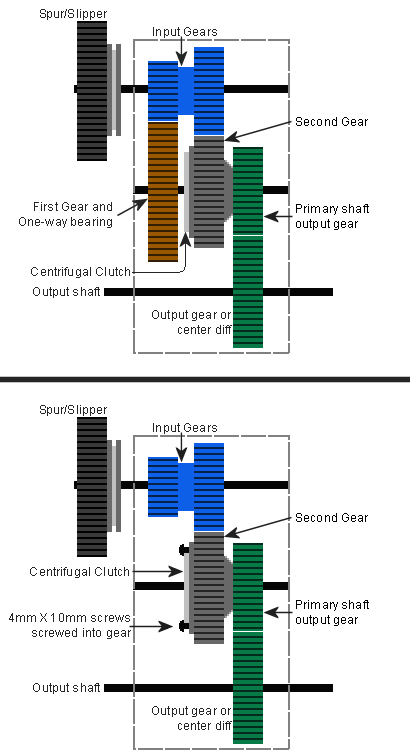 Next is the battery tray. I decided to use the Tekno battery tray and straps. Bolts right on. I'll be using the Tekno ESC mount also. The motor mount I decided on is the RC-Monster one. It is a direct bolt on and I'll be using the mod1 pinions so it should work nicely. Also drilled 3/16" dia. hole in roll bar 1 11/16" up from the chassis just to the rear of the vertical stiffener spline. This gives me great access to the grub screw on the pinion. If you look closely at the mount it has a groove to get to the set screw.

Here's the RC-Monster Mount and Heatsink.

Here's the ESC and Battery tray mount from Tekno.

Here's the ESC and batteries mounted.

New body with no nitro holes.

I moved the switch for the speed control to the side of the servo. I used servo tape and it's pretty secure. I then did a little dremeling to get a switch in the receiver box. 2 switches may be a little overkill but I wanted to isolate the battery BEC system from the receiver. Turns out it can help with arming time of the spektrum receiver although a Mamba Max has a setting for that. Had an arming problem on the second Revo I converted that was running a DX2 Spektrum system.

How fast does it go? How much does it cost? Faster than you want with the right motor! Costs 500+ depending on motor and esc. Then battery cost is variable also. My motor choice is a Feigao for the first one. After I figure out if I need more power or less I'll get a better motor. 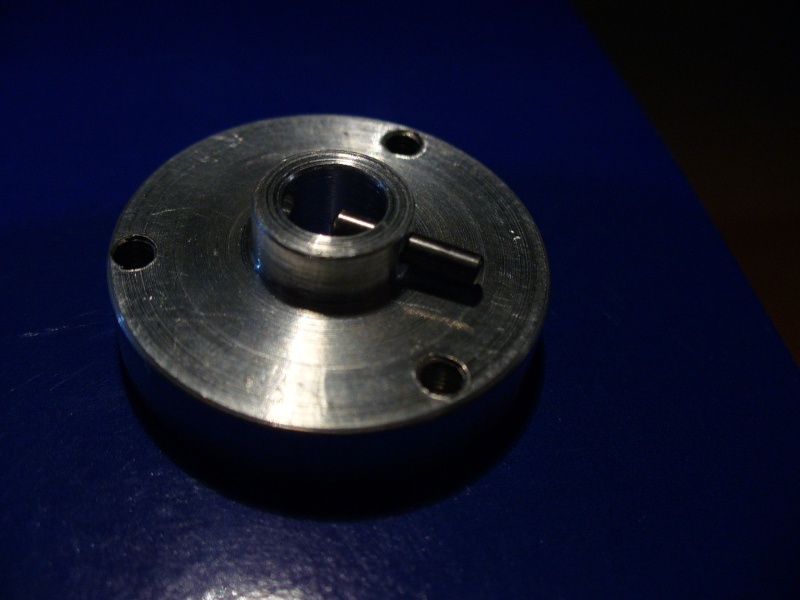 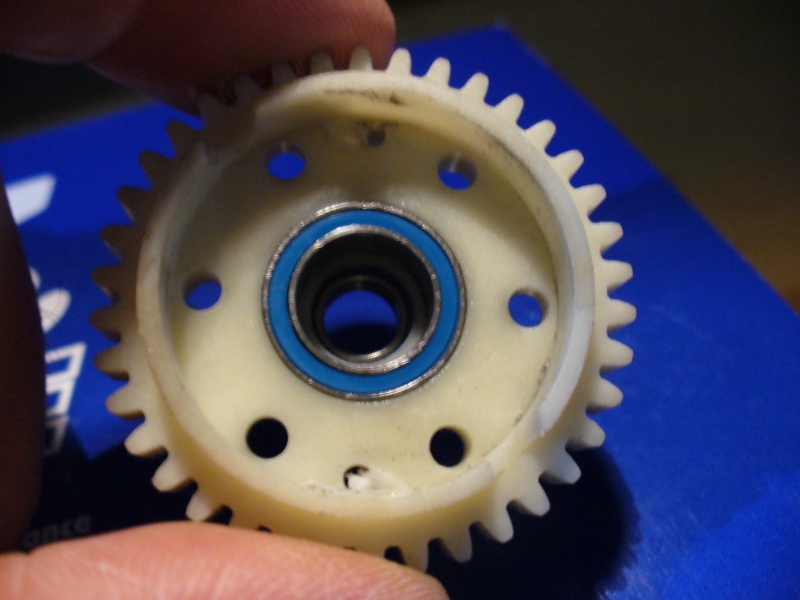 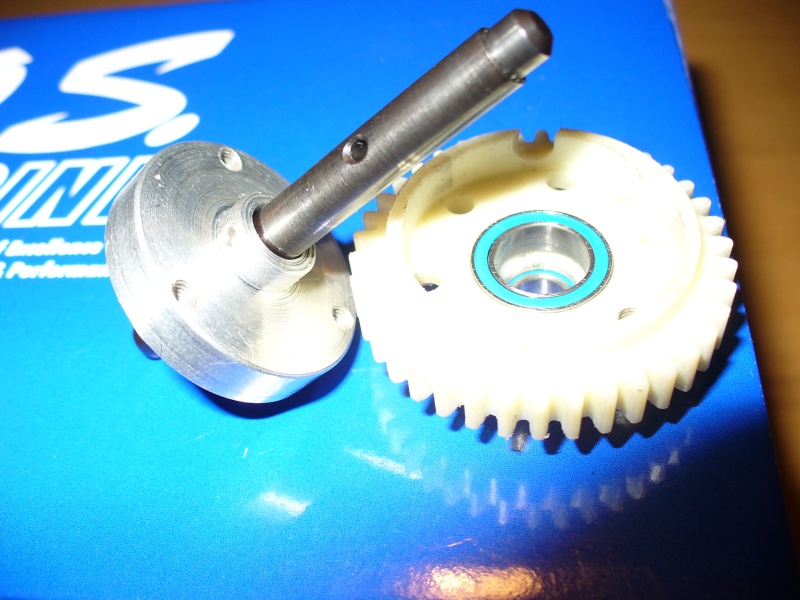 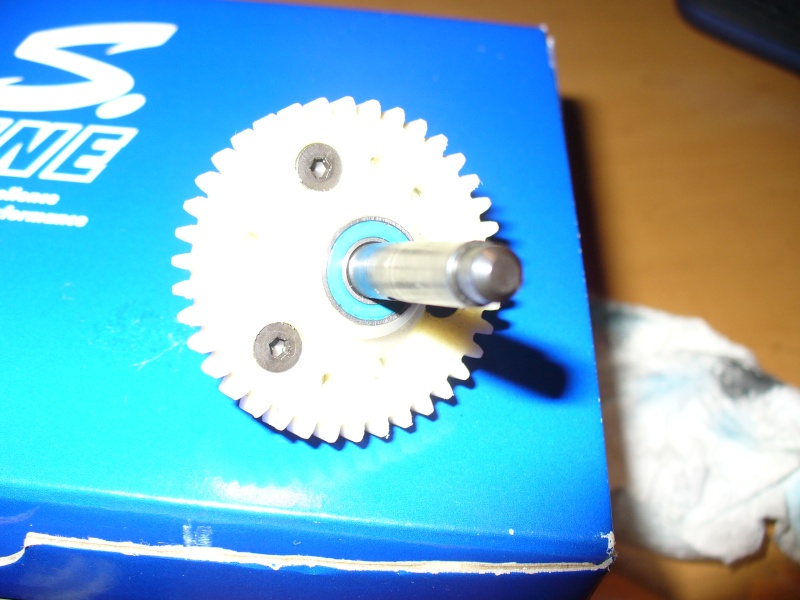 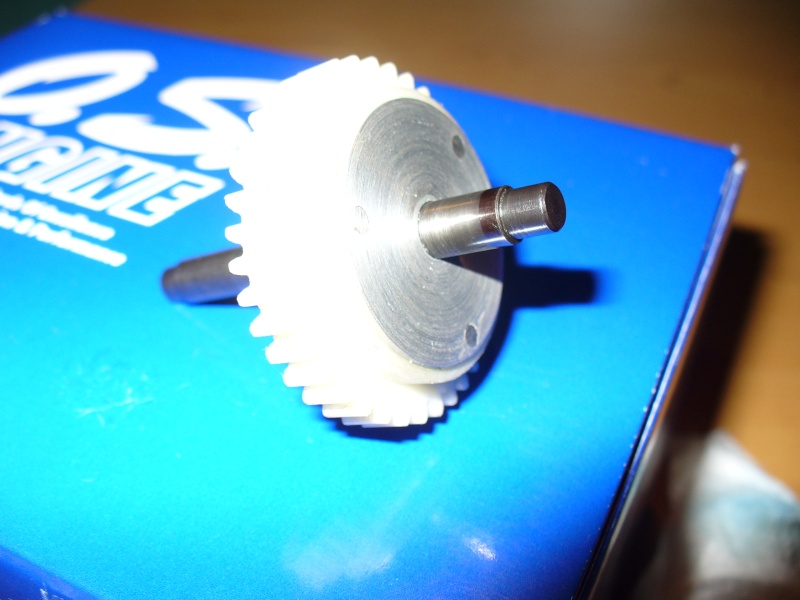